This is some proof of concept work that I did for a research proposal that I dropped half finished to dig deeper into another interesting topic. Still, enjoy whats there.

Climate change poses a serious challenge for each nation. Many nations started transitioning towards a carbon free energy production in order to mitigate a temperature increase above 2 degrees Celsius. The EU targets a reduction of greenhouse gas emissions from 80% to 95% by 2050 compared to 1990. This raises a lot of questions and discussion on how this transition could be encountered. Demand for electrical energy will increase drastically, while energy usage in form of fossil fuels must be relinquished. The presented research proposal encounters these questions by reviewing relevant literature regarding future energy demand predictions, energy generation models and the state of the art research in renewable technologies. Additionally, past demands, past productions, weather data and social impacts are considered. A simulation framework is proposed to combine the gathered data with integrated simulation models to validate and optimize different carbon free transition scenarios.

The European governments reconfirmed the EU climate protection objectives in 2011. The reduction of greenhouse gas emissions from 80% to 95% by 2050 compared to 1990 in order to keep global warming below 2°C compared to pre-industrial levels. Therefore, the European Commission has published the European "Roadmap for moving to a competitive low carbon economy in 2050" [2]. However, to avert serious consequences of climate change, these aims are not sufficient. The Paris agreement goals aim for even higher targets. A fully renewable energy supply in the year 2050 is targeted. Currently, the self set goals of the German government will not meet this target. Furthermore, the current progress of the transition does not fulfill the own targets.

Because of high potentials and low costs, the main sources of energy in Germany and the UK will probably be wind and photovoltaics with additional storage systems to maintain a stable grid during times with no wind and less sunshine [3] [4]. 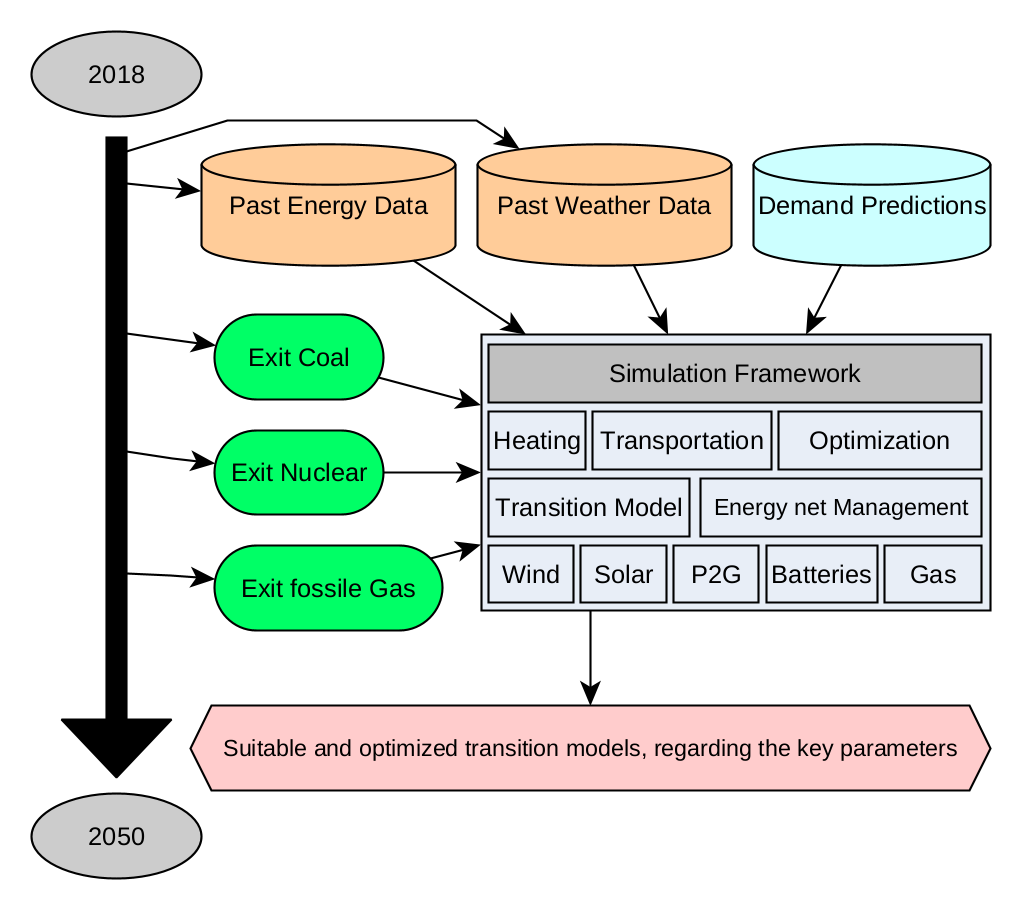 The center aspect of the proposed research is the implementation of a central simulation framework that allows the creation of transition models which can be verified and analyzed by combining energy data, demand data, weather data, smart meters and other important factors for the transition to a carbon free economy.

The validations can be done at different levels of detail and a focus on given key parameters (financial, net stability, carbon emission, social impacts, etc.). In further steps an integrated optimizer is proposed to optimize a transition model to optimally meet the requirements given to the key parameters. Figure 1 shows the general context and methods of the proposed framework. The simulation framework works as follows: past electrical energy demand is considered and scaled up until 2050, by using current prediction models. A initial transition model is created. The model contains development goals for solar, wind, batteries, P2G, synth fuels and transformation scenarios for heating and transportation. Additionally, set dates for the exiting coal and other fossil fuels (in the case of Germany also nuclear). The simulation framework simulates the entire timeline until 2050 with a step size of 15 minutes. A good transition model will meet the given energy demand in every time slot. A further optimization step can optimize a given initial transition model.

This sections summarizes some results of my previous work, which are relevant for this research proposal. The most relevant past work is a software called the energy-transition-sim. The software is open source and available on Gitlab [5]. The software is a less detailed prototype implementation of the software which I described in this research proposal. By using electrical energy production and demand data directly from the ENTSOE (European Network of Transmission System Operators for Electricity) this software extrapolates a transition scenario for Germany until 2050, by stripping out nuclear and all fossil fuel energy production until 2050 and increasing the electrical energy demand drastically. The software is used to determine the yearly development goals for solar, wind and storage technologies that are needed to still maintain a stable grid that can meet all energy demands during the entire transition phase. Figure 2 shows a short snapshot of the "energy-transition-sim" and the current sources of electrical energy production in Germany. 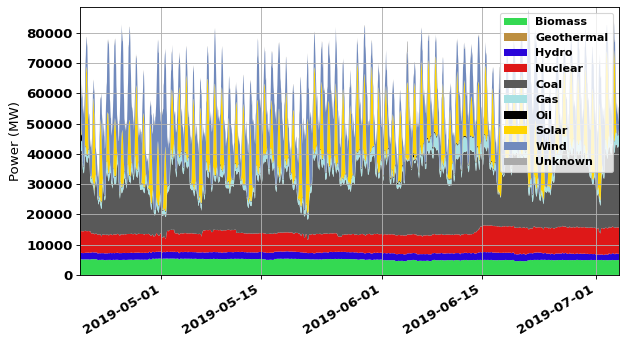 Figure 2. Power Generation in Germany, generated by the energy-transition-sim.

Figure 3 shows a snapshot of the same software, this time it shows the result of a given transition model in the year 2045. The amount of wind and solar energy production has drastically increased, while fossil fuels are almost not existent anymore. The simulation shows the energy demand and energy supply for every 15 minutes of the entire transition, always regarding production, demand and storage capacities. 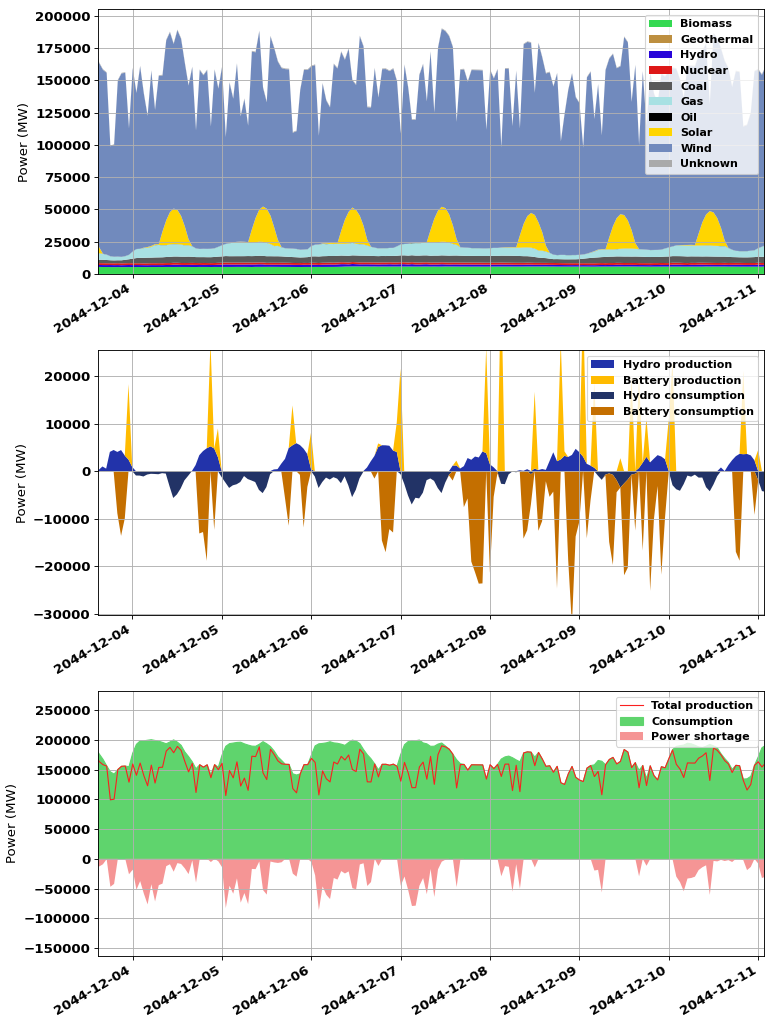 Figure 3. Potential power generation composition during 8 days in Germany in the year 2045.